In the High and Far-Off Times of the 1870s, George Armstrong Custer, O Best Beloved, desired a fight.  He had fought in the Musty-Pusty Civil War and he desired another, for he was full of ‘satiable courage, and that means he sought ever so many fights.

So one fine morning, as the Destiny was Manifesting just so, Custer went away, a little warm, but not at all astonished, to fight the Sioux. END_OF_DOCUMENT_TOKEN_TO_BE_REPLACED 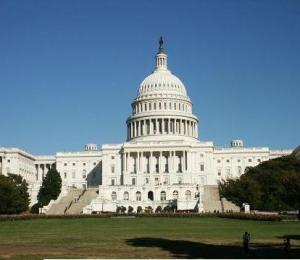 Washington, D.C. – Record spending on this November’s elections catapulted the American economy out of the recession and into a new era of prosperity. The spending, unleashed by the January Supreme Court decision and a wave of citizen interest in politics, singlehandedly accomplished what stimulus plans, tax breaks, and other federal attempts at jump-starting the economy could not.

Americans from Alaska to Florida made their voices heard in the months leading up to November 2nd by spending unprecedented sums on local and national elections. Analysts estimate that each American spent, on average, $3,800 on this election cycle, injecting $1.2 trillion dollars into the economy. In response consumer confidence rose 12% in the third quarter, with most of those gains coming in the electoral and automotive sectors.

Legislators had been struggling for two years to figure out how to get Americans to spend more of their paychecks.  Said Senatorial candidate Pat Toomey, clutching fistfuls of bills at his campaign headquarters, “Turned out, all we needed was an election!” Republicans hailed the spending as proof that federal elections were the only form of governmental stimulus the American people needed. “This country needs to believe in the power of the dollar,” added Toomey, “and nothing proves that more than campaign spending.”

The two parties feuded on Wednesday over credit for the American electorate’s shopping spree. Harry Reid praised elementary schoolchildren in Reno for holding a bake sale to print Harry Reid bumper stickers. The campaign for Tea Party favorite Rand Paul disclosed over three million dollars in contributions given directly from tax rebates given by Obama’s 2009 stimulus package. “The American people were just waiting for the right sale to spend that money,” said Paul. “The Republican Party was the right sale.”

Economic analysts predict a “blow-over” effect of the massive election spending as the recipient candidates figure out how best to spend the money on their home districts. “Voters living in districts with high unemployment should see their elected officials investing that money within the next few months,” said electoral economic analyst Robert Dolich. “For candidates receiving money from billionaires like the Koch brothers and the Saudi Royal family, it may take longer for them to determine how best to invest that money on behalf of their constituencies.”

Candidates themselves got involved in the national electoral shopping spree. Small business owner Ron Johnson invested tens of millions of dollars to win his own election in Wisconsin.  Dolich said not to expect as much community reinvestment from campaigns like Johnson’s, as Johnson is likely to write off that spending as investment in his home business.